The plan was announced during the signing of the Memorandum of Agreement (MoA) for Phase 4 of the program.  Signatories are Department of Education Undersecretary Yolanda Quijano, Ayala Foundation Co-Vice Chairman Jaime Augusto Zobel de Ayala, Nokia Director for Community Involvement Gregory Elphinston,  and Globe President and CEO Ernest Cu.

The fourth phase, to be implemented starting July, will finally make the program available not only in Luzon but across the country as the proponents work to bring Text2Teach to Visayas and Mindanao and to upgrade the 205 satellite schools from the earlier phases.  By the end of Phase 3 in August, the total number of Text2Teach-enabled schools will have reached 555, benefiting about 40,000 pupils, and almost 1,800 school heads, teachers and DepEd officials.

Text2Teach Phase 4 also marks the beginning of a stronger partnership with the local government units.  DepEd regional offices will play a vital role in teachers training while LGUs will provide bigger counterpart funding for the program.  Phase 4 also sees Pearson Foundation returning to the program as a key component in developing new downloadable educational materials for English, Science and Mathematics.

Since its Philippine launch in 2004, Text2Teach has been aiding in improving the performance of students all over the country, particularly in the three basic subjects through downloadable educational videos using Nokia mobile phones and Globe internet connection.

Using the power of mobile technology, Grades 5 and 6 students can watch any of the almost 400 educational audio and video materials loaded in the Nokia N86 8MP phones and equipped with the Nokia Education Delivery (NED) application. NED allows teachers to download and easily access educational audios and videos on Math, Science and English specifically designed for the project, providing a highly effective visual aid for teachers.  It also creates an interactive, student-focused learning environment in the classroom which makes the students eager to go to school.

Aside from the Nokia N86 8MP phone and educational videos, Text2Teach recipient schools also get a Globe SIM card provided with P150 worth of free pre-paid load monthly for one year, a 29-inch colored TV, 3-day teacher training and teachers guides.

Alma Abalos Fernandez, a teacher at Carael Elementary School in Dagupan City, pointed out that the effectiveness of the program is evident in helping students appreciate a complex subject like science.

“Before we had Text2Teach, I had to rely on my imagination.  I gave a lot of examples and used a lot of visual aids to make sure they understand the subject.  But with Text2Teach, there is a better appreciation of what is being discussed.  You can also see that the students learn faster.  Just show them the video and you capture their attention.  The students also retain the lessons better because they can see actual images on the video.  And we don’t have to spend much on visual aids anymore,” Fernandez related in the vernacular.

Aside from improved performance, Text2Teach also helps minimize student absenteeism since they are now excited to go to class and watch the videos. 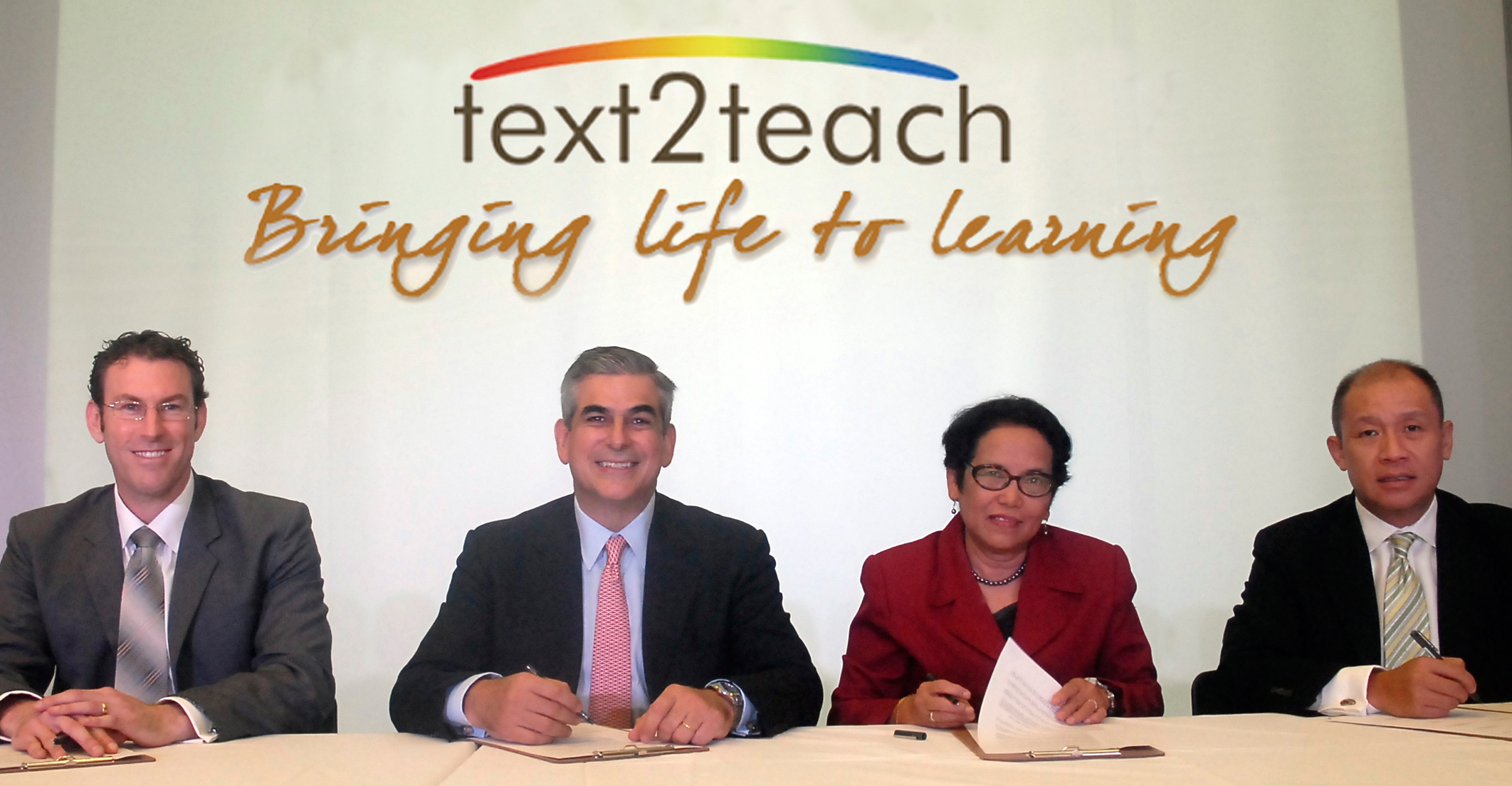