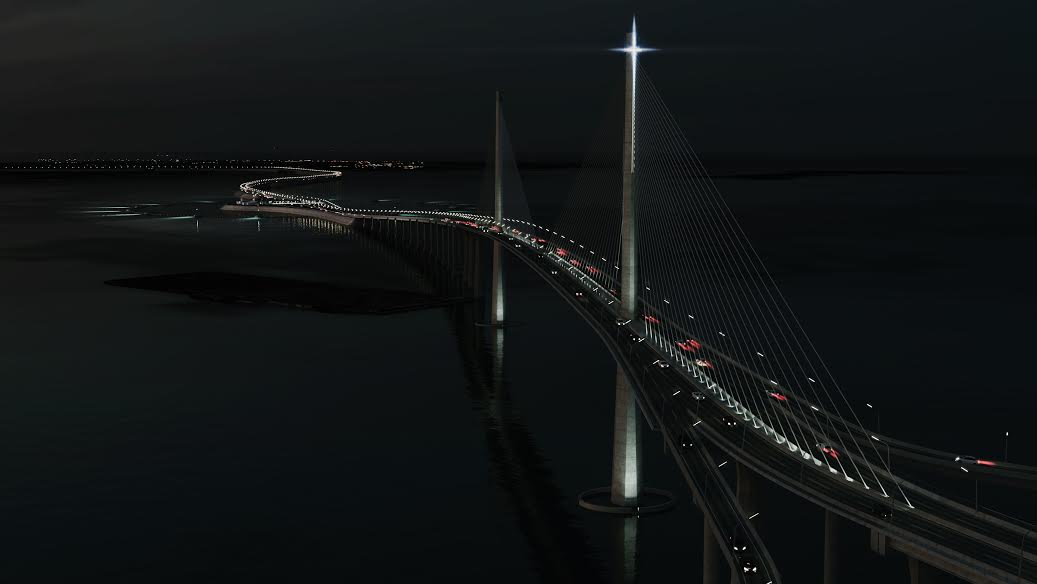 Staying at home for over four months now, most Cebuanos will be surprised at the progress of work on the CCLEX despite the quarantine. The CCLEX means Cebu-Cordova Link Expressway or the sometimes referred to as the third Cebu-Mactan bridge.

For those searching for the CCLEX map, scroll down to the map graphics below. In the next few days, updates on the construction will be posted here. The Cebu South Coastal Road was closed from 10 pm. to 5 am on September 3 to 5, 2020 for CCLEX construction works.

4 journalists talk about their heroes during the pandemic

Impact of the pandemic on public relations in the Philippines

As of May 2020, the overall Engineering, Procurement and Construction (EPC) contract of the Cebu-Cordova Link Expressway (CCLEX) project stands at 57.55 percent while construction progress alone is at 43.016 percent.

With the enhanced community quarantine (ECQ) implemented to contain the spread of coronavirus disease (Covid-19), only a skeleton workforce has been fielded by the Cebu Cordova Link Expressway Corporation (CCLEC) to undertake needed work at certain critical portions of the 8.5-kilometer project, observing strict health and safety protocols. Off-site works also continue through work from home.

In time for the global commemoration

The Covid-19 pandemic might get in the way of preparations for 2021. The Portuguese conquistador Ferdinand Magellan arrived in the Philippines with his expedition of five galleons in March 1521. The first Filipino hero Lapulapu led Mactan warriors in killing Magellan in battle on April 27, 1521.

Note, this is a significant moment in world history.

Nevertheless, the CCLEX will be finished next year. Alfon said:

As to the project’s timeline, we are reviewing the pandemic’s impact on the target date of completion.

Rest assured that all the teams involved in the CCLEX project continue to work hard towards completing it next year.  Projecting, however, the exact month in 2021 is a challenge considering the current conditions.

Once we transition to a more relaxed community quarantine, we can already accelerate works on the project’s different components.

Franco promised to finish the bridge in time for the 2021 celebration. Aside from that first trip around the world, 1521 marked the arrival of Christianity, not only in the Philippines. Magellan and gifted Cebu with the popular, albeit the oldest, religious relic and icon, Senyor Santo Niño.

Today, Cebu in the central Philippines is known as the cradle of Christianity in Southeast Asia. Each year, Cebuanos celebrate ASEAN’s biggest Catholic festival called the Sinulog festival and the feast of Senyor Santo Niño.

MPTC is the largest toll road concessionaire and operator in the Philippines, which expansion goals include establishing toll operations in the Visayas, other parts of the Philippines, and neighboring countries notably Thailand, Vietnam, and Indonesia.

Soon, one sees standing above the sea, a welcoming beam of light forming a giant cross. Nearby on the sea surface radiates a colossal light ring. The Cebu-Cordova bridge shall define Cebu City as the country celebrates its fifth centennial in 2021.

In the daytime, one marvel at the sight of artistically designed ramps towards the vast South Road Properties (SRP), some 300 hectares of prime real estate in Cebu City.

If not now, you would soon agree. The Cebu-Cordova Link Expressway or CCLEX, or according to Secretary Adelino Sitoy as the Santo Niño bridge, would become an iconic landmark that defines Cebu City.

With construction costs estimated at PHP 27 billion, the CCLEX will also connect the town of Cordova and Cebu City. The first two bridges spanned from LapuLapu City to Mandaue City. Today, Cordova and Cebu City today stands some 20.5 kilometers apart. Next year, the bridge brings down the distance to only 8.25 kilometers. But then, it will be the longest so far in the Philippines, which is an archipelago of over 7,000 islands.

The project seeks to ease the traffic in Metro Cebu especially around the two existing bridges— Marcelo Fernan Bridge and Mandaue Bridge. CCLEX includes the main bridge structure, viaduct, causeway, roadway, and toll facilities. Located around 7.5 km south of the first Mandaue Bridge, it takes off from the Cebu South Coastal Road at the prime South Road Properties (SRP) crossing the Mactan channel to Mactan Island.

Secretary Sitoy, who was also a former mayor of Cordova, welcomed the guests. Messages from Mayor Osmeña and Pangilinan followed. Sitoy and Osmeña represented Cordova and Cebu City as the two local government co-grantors with MPTDC, the private proponent in this private-public partnership project. 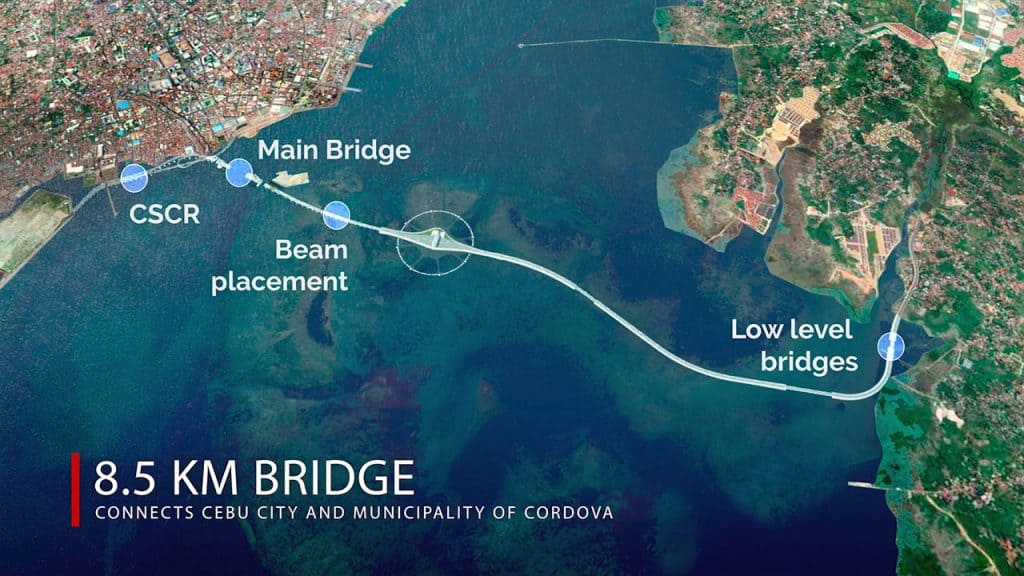 What is the meaning of CCLEX?

CCLEX is the Cebu-Cordova Link Expressway. It is the 8.5 kilometer bridge being built to connect Cebu City and Cordova town in Mactan Island. This is located in Cebu, central Philippines.

When will the CCLEX project be finished?

The Cebu-Cordova Link Expressway (CCLEX) will be finished in 2021.